On the night of Tuesday, April 16, Integrity Broadcasting Network’s “Traditional Wild America” premiered to an audience of more than 500 enthusiastic viewers at the Charleston Music Hall. Led by Executive Producer Charles Waring, Producer Ron Small and Director Gus Smythe, TWA is just the beginning of the many shows IBN plans to deliver in the future. With the vision to capture many more of the rich traditions here in Lowcountry and beyond, Ron noted, “This pilot is just an example of what is to come.”
Viewers of all ages were present; doors to the Music Hall opened at 6:30 p.m. and everyone rushed in to find a seat. Before the show began, Charles, Ron and Gus took the stage to paint a picture for the audience of everything that went into making this night a reality.
Beginning with an idea that transformed into a weekend hunt on the Santee Delta, TWA quickly came to life. As was done with the pilot, the production team is determined to infuse all outdoor shows with elements of conservation, history, sporting art, potent potables, local legends and culinary traditions. The mid-January hunt took place at a former rice plantation on the North Santee River, involving tremendous logistics and details for the crew. Another film shoot took place at King Street’s Audubon Gallery after the first editing trip to New Orleans; the “sizzle reel” came out during the Southeastern Wildlife Exposition. With wind under their wings, the team did the final edits for the pilot and prepared for the premiere on the big screen.
After a few quick jokes to loosen up the crowd, the lights dimmed and the film started to roll. Black and white pictures of old rice fields and hunts from the past traveled across the screen as music played, creating a sense of nostalgia that reminded you of simpler times and how today’s adventures are still connected to the past. As Heyward Bonner stated, “The old hunting pictures, looking at some of the plantations on the Delta back then and learning the history of the guns used, it really took you back in time.”
The episode began with a short lesson from Dr. Richard D. Porcher on the history of rice plantations and why it is important to help preserve and maintain this type of land. “Traditional Wild America gently reminds us that our hunting heritage — and the traditions, lands and wildlife they contain — are not cheap props for entertainment, but are to be treasured and protected for future generations,” remarked Ben Bussey.
The episode, which ultimately will be a 50-minute Internet-streaming television program, covered a variety of topics. The audience witnessed what it was like for Charles, Gus, and Pierre Manigault to share a duck blind with each other; then, with ducks downed, the audience watched Pierre’s trusty English springer spaniel, Motte, rush out to retrieve the duck and return with his tail wagging every time. “It was a really enjoyable celebration of the premier of a show about Southern wildlife tradition that was at the same time entertaining, funny, and educational!” said David Schools. “They really made it feel like I was on the duck hunt.”
While the audience watched the guys hunt ducks, they also received a short lesson on the different types of guns that were being used during the hunt. After the hunt, Charleston’s own Preston Wilson walked Gus and the audience through a culinary lesson on how to cook an amazing recipe for duck breasts. By shifting to various elements, the show never became stale or stood still. For example, Virginia Beach spoke about her book, “Rice and Ducks,” and Burton Moore III explained the essentials of collecting wooden decoys. Of course, calling ducks is key to hunting success, so calling enthusiast Michael Lalich gave several demonstrations and tips for viewers.
Other elements of the episode included an oyster roast and bourbon tasting which was conducted by Mercury whiskey writer and best-selling author (his Field Guide to Whisky is in its fifth printing) Hans Offringa. The bourbon tasted in the episode was Blade & Bow, and as Hans correctly advised, just a splash of water unlocks a variety of flavor from this special potent potable that participants enjoyed at the reception.
As many from the area know, these traditions are rooted in who we are and it is something that we cherish. It makes locals smile to witness their heritage being honored. “Integrity Broadcasting Network’s premier last week of the pilot episode of Traditional Wild America was something for us Charlestonians to be very proud of,” stated Blake Pearce, Sr. “I will be sure to watch every episode that IBN films and hope nothing but the best for their future endeavors.”
After the credits finished, the lights came back on and there was a shower of applause. Charles came back on stage to answer any questions and to deliver instructions for where to find hospitality. Each section dispersed to their respected bar area and mingled with one another, sharing their thoughts on the episode. As Nella Barkley remarked, “This is a totally refreshing look at a traditional past-time.”
Altogether, it was a fun and entertaining night for “Traditional Wild America” at the Charleston Music Hall. It was the beginning of a fun new journey where more can be expected to come, so be sure to tune in when the show streams from www.traditionalwildamerica.com. 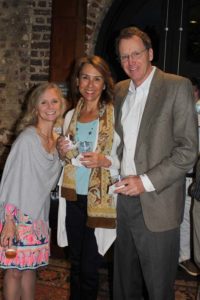 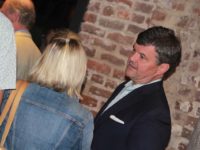 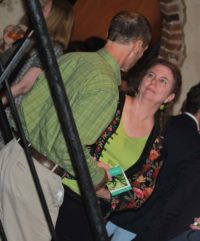 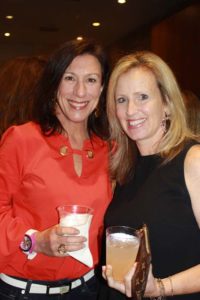 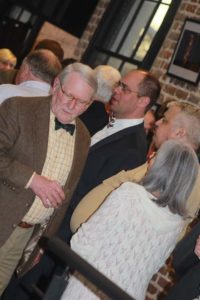 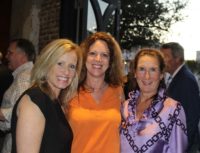 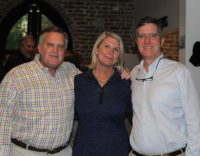 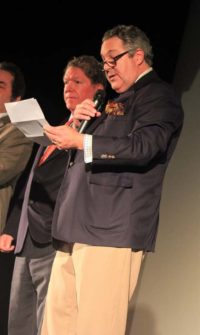 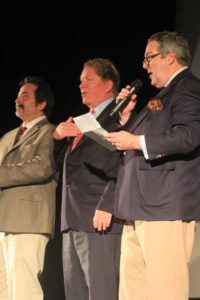 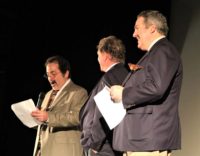 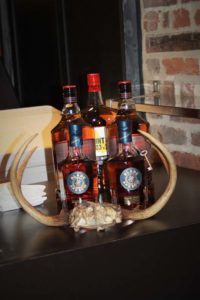 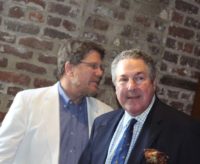 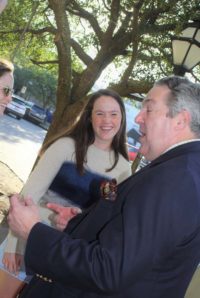 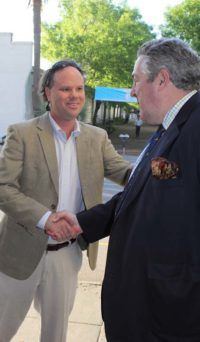 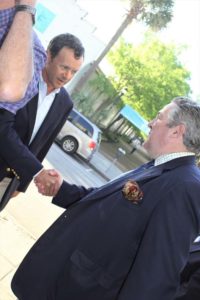 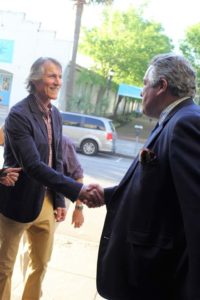 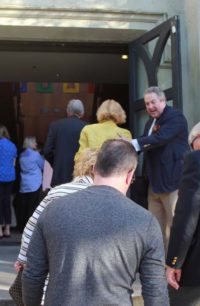 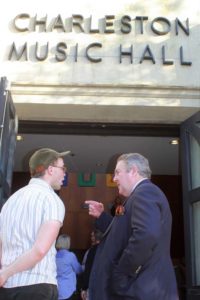 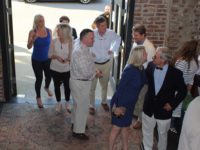 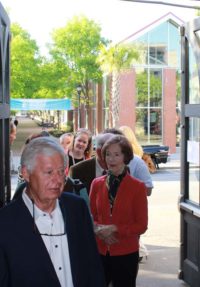 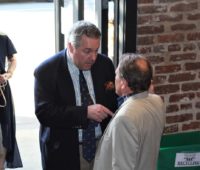 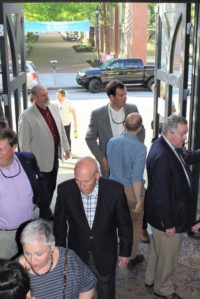 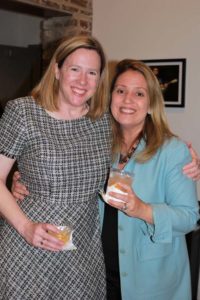 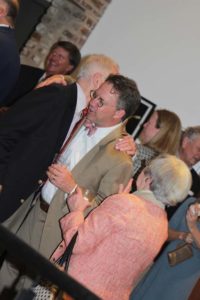 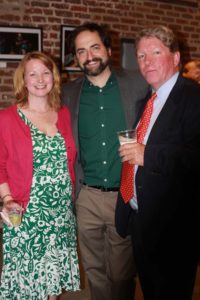 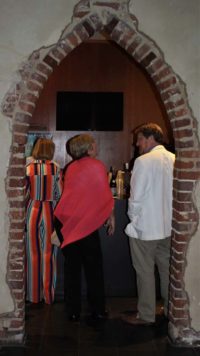 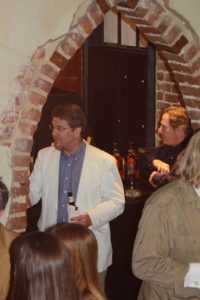 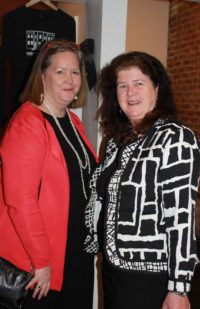 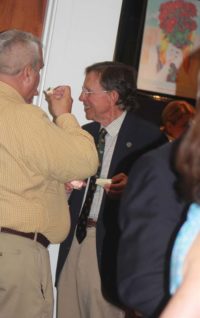